Birdlife and lakeside beauty on a grand scale 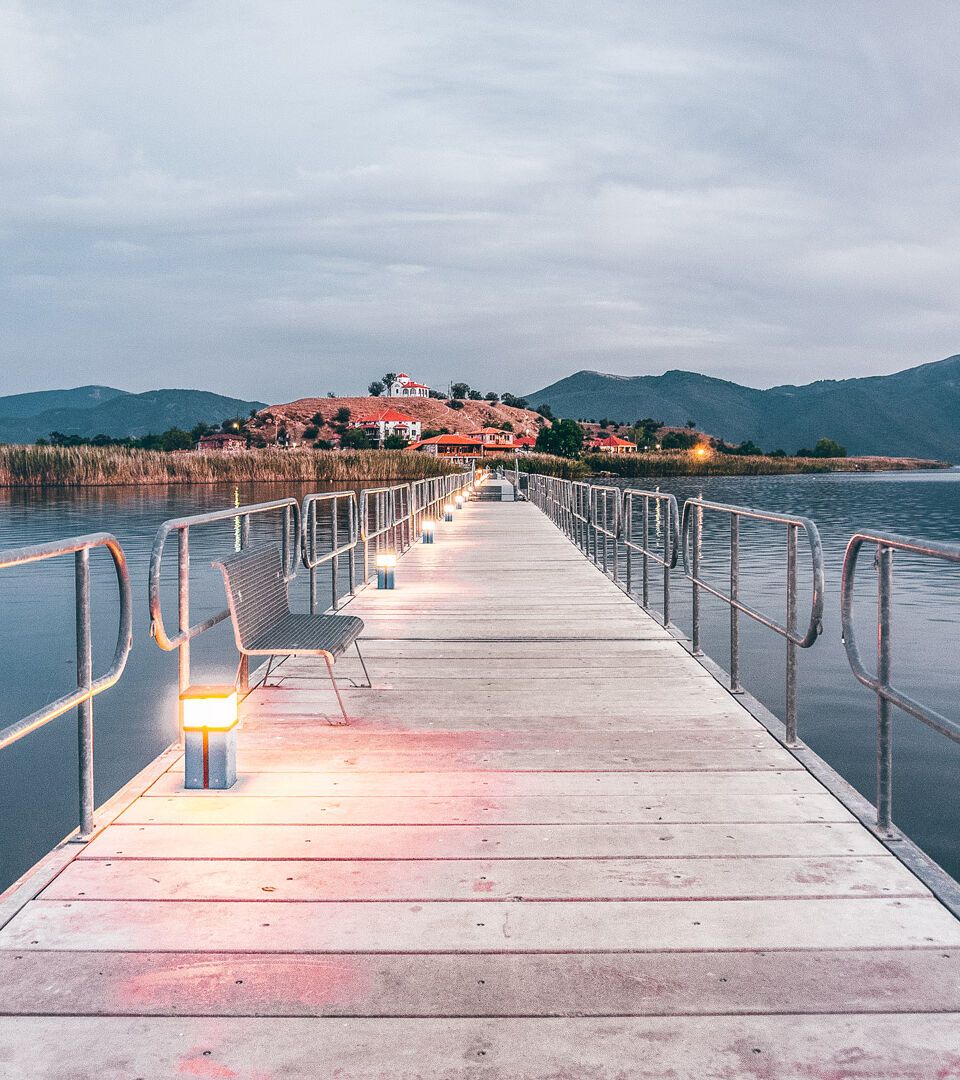 Bugün
18°
SAT
20°
SUN
19°
MON
21°
TUE
23°
In Macedonia, there is an exquisite watercolour of migratory birds, ancient settlements and stories from the depths of time

Here in northern Greece, there is an undefined border where no creature needs a passport, whether human, fish or fowl. The whole area around the two high-altitude lakes called Prespes and shared by residents of Greece, Albania and North Macedonia is a veritable ark of wildlife and culture.

What to do in Prespes

The core of the National Park covers all of Mikri (Small) Prespa and a few lakeside areas, giving it a unique identity that was formalised in 1973 by the Ramsar Convention as an International Protected Wetland. Along with the marshy valleys and reed beds of Mikri Prespa, a second protected zone includes the ancient cedar forest near Mt Devas.

From Psarades, the little village right in the middle of Megali (Big) Prespa, you can set out in a small boat for a different kind of voyage. The natural beauty, along with its remote location, attracted monks during the Ottoman occupation, who built their hermitages along the shores of the bigger lake. Today these small monastic structures, as well as the rock frescoes from the 14th to 16th century, are attractions that will give you an insight into another era. The boat is moored at a modest jetty at the base of the rock.

The dance of the pelicans

The birds of Prespa play the leading roles in this adventure. And, yes, they even dance. They follow the thermal currents in the air and begin to form circles. As they rise, the radius of the circles they trace grows. One behind the other, until the whole flock is drawing circles in the air. When the leader perceives that it has flown higher than the 2000m of Mt Varnoundas, it suddenly breaks the circle and leaves. The rest copy him and off they go. But where? Like us, they’ll travel to other lakes, such as their beloved Kerkini to the east. And when they tire of that, they’ll be back.

Agios Achillios: the basilica in the heart of Prespa

The perfect photo op, this island setting has heard the click of untold numbers of cameras and the whirr of countless videos. It isn’t just the Macedonian scenery. Thousand-year-old memories and monuments veiled in myths and legends form the heart of Prespa. This is where Tsar Samuel of Bulgaria built a magnificent basilica especially for the mummified remains of Saint Achillios, an early bishop of Larissa in Thessaly, when he conquered that city in the 10th century. Today this romantic ruin is the most important site in Prespa. The island can be reached by a long wooden bridge.

The road ends at Psarades, which means fishermen, and lots of them. Built at the end of a natural fjord on the big lake, it will remind you of an Aegean village. It has been declared a listed settlement.

Agios Germanos and its 11th-century church

The largest of the Prespa villages, Agios Germanos or Gherman snuggles under the rugged bulk of Mt Varnoundas and is the trademark of the area. You’ll find two churches joined together. The smaller one dates from the 11th century and is of inestimable value. The larger 19th-century church was added to it, drawing inspiration and perhaps a little ethereal energy from its elder partner.

‘Bean’ there, done that!

You’ll discover you had no idea what beans are meant to taste like when you try a bowl of heart-warming bean soup (fasolada) or a plateful of baked giant beans (gigantes) from Prespa. They owe their sweetness to the altitude, with the bean fields by the lake at 900m above sea level.

If you’re lucky, you may catch sight of a herd of dwarf cattle, just 1m tall, grazing freely in the vicinity of Psarades and Agios Achillios island, the only place they can be found. They are an endangered species.

Cape Roti, for a ‘supernatural’ view

Just 20 minutes’ walk from Psarades will get you to this headland at the end of the fjord, where you’ll have the whole of Megali Prespa at your feet. It’s a place of extraordinary beauty.