Fulfill your olympic dream without all the really hard stuff! Get the background on what the Olympics were really about, in venues connected to real Olympic events.

You begin your day as an Olympic athlete at the beautiful neoclassical building known as the Zappeion, just below the National Garden. Here, you’ll find out in detail what role the Ancient Olympics played in society over the millennium in which they were held. You’ll learn how the athletes trained, what disciplines were included as the games evolved and you’ll load up on some really old sports trivia to stump your friends. You’ll also find out about how the Modern Olympics were first proposed, organized and held in Athens, more than 1500 years after they were last staged, and you’ll do this all right in the building that served as the first Olympic Village.

After knowledge comes exercise – there’s a historic gym nearby, and that’s where you’ll get to try some classic techniques for really old events, such as the discus and the javelin throw and practice newer ones like the shot put, long jump and relay races.

By the time you reach the Panathenaic Stadium, a beautiful white marble structure (and the only stadium in the world made entirely of marble!), you’ll be psyched up for a truly unique experience – a race in the stadium itself, on the hallowed track where the first modern Olympians competed more than a century ago. Don’t worry about personal bests, it’s the run, not the finish line that counts here.

Good to knowThis is a mild outdoor physical activity, but you don't have to be an athlete to participate in it, you can do it at your own pace.

Not accessible friendly, not suitable for infants. Children over 4 can participate. Good to have: Water, comfortable shoes, comfortable clothes, hat. 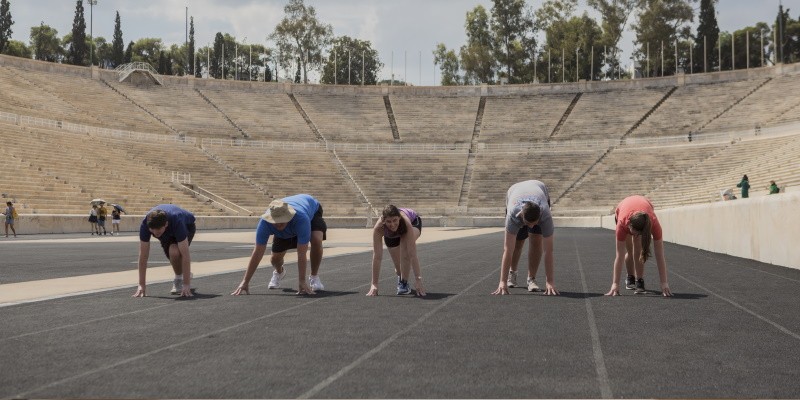 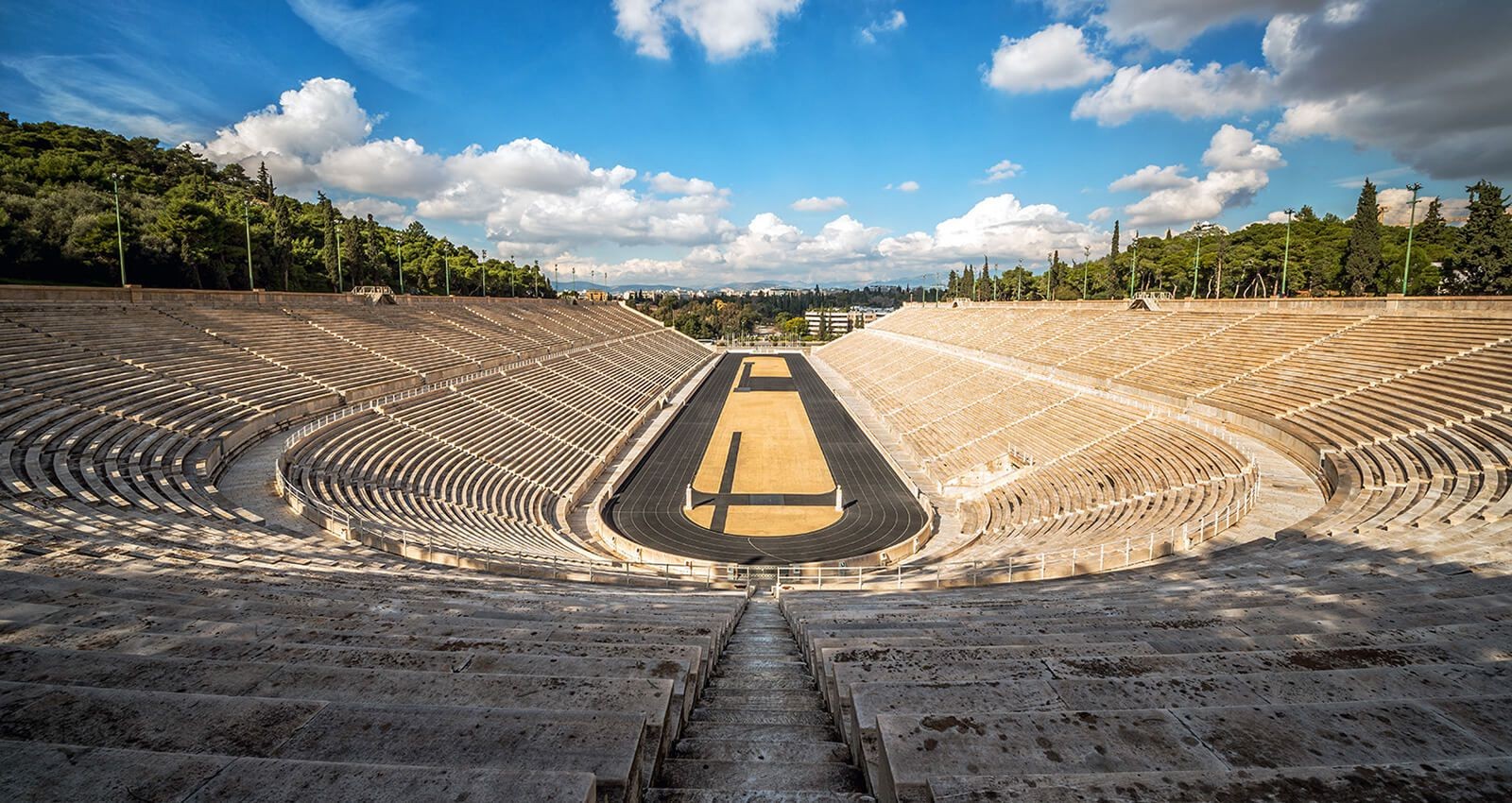 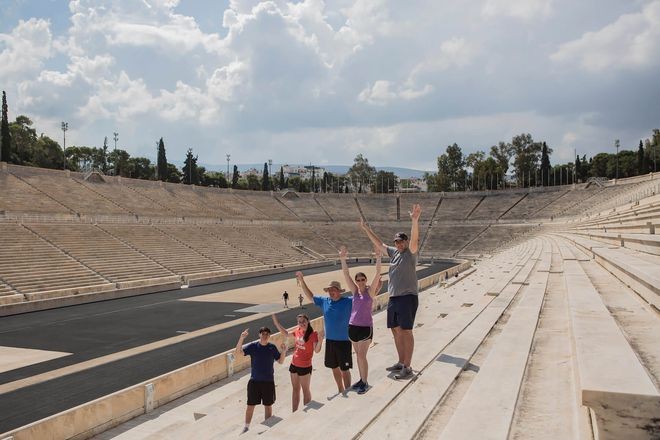 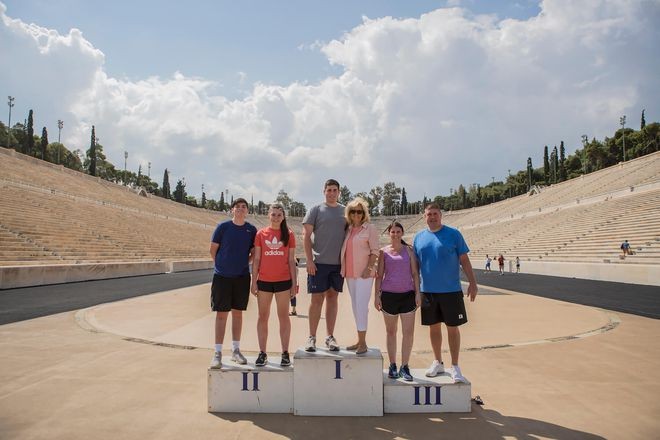 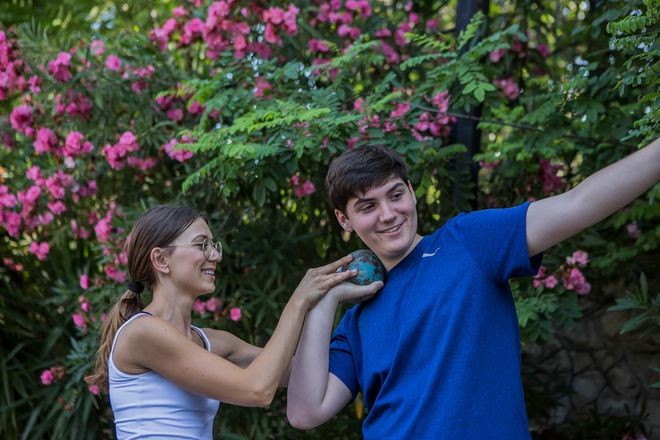 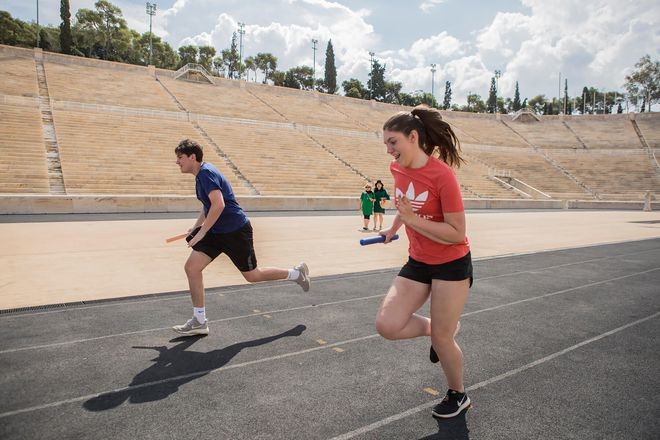 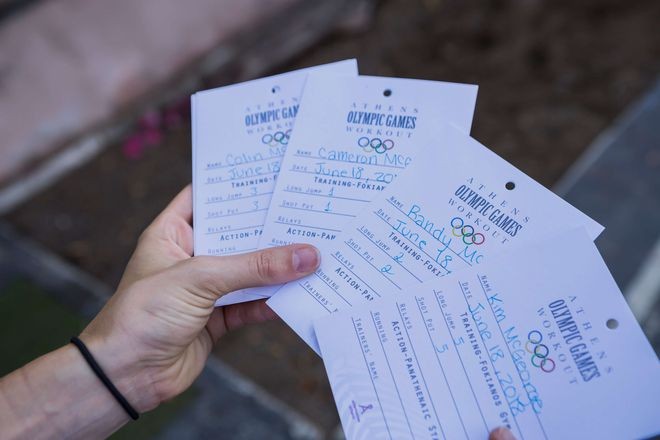 ALTERNATIVE ATHENS is an experiential Travel Company that designs and operates high-quality proprietary tours & experiences in Athens and beyond. The company fo...
Leggi tutto

5.0
63 Recensioni Ratings and review count are calculated from those on the most popular tours & experience provider platforms. If no rating exists, the supplier's Google rating is used.
2 hours
Attività all'Aperto
Free cancellation
Until 73 hours prior to scheduled commencement date of service: no cancellation fee
by: Alternative Athens
from: 63€
from: 63€
BOOK NOW