A visit to the magical Temple of Poseidon at Sounion

By Cristina Gottardi
Just a short drive from Athens is the 5th-century BC temple dedicated to the sea god himself, with an aura (and sunset) that continues to captivate visitors 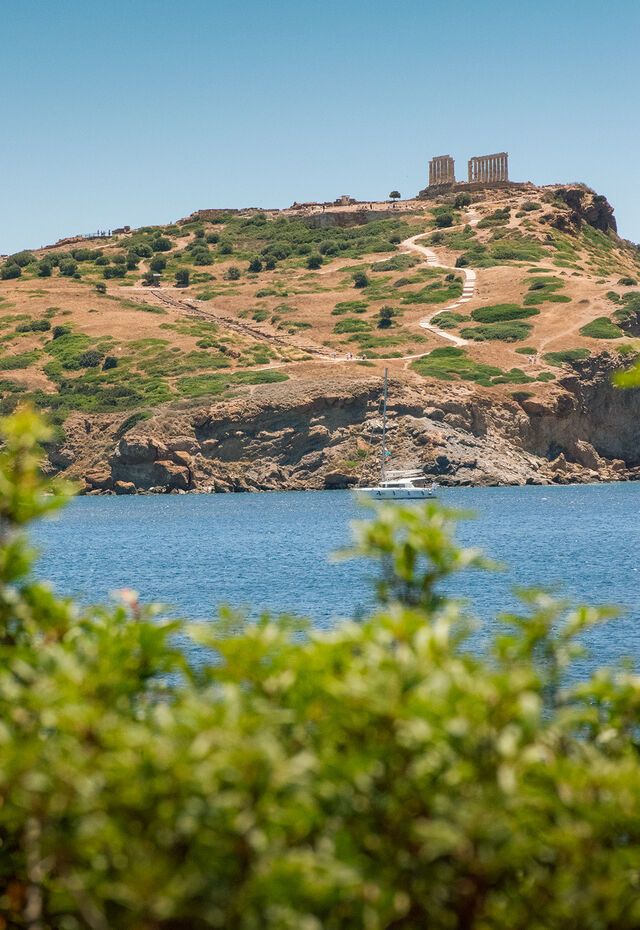 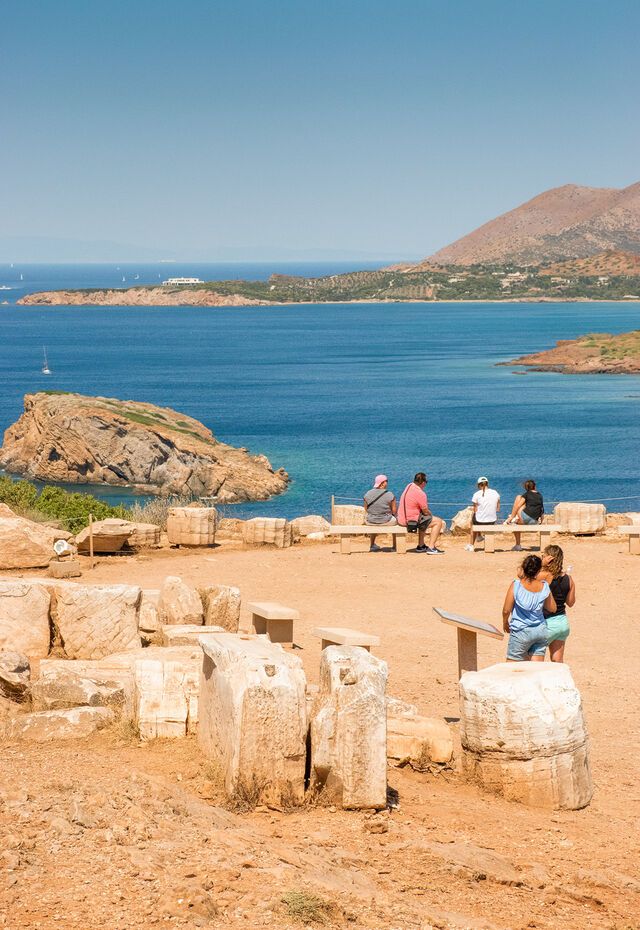 The Temple of Poseidon in Sounion has always had a special place in the hearts of visitors. Built at the same time as the Parthenon, during Athens’ Golden Age, it wasn’t just a site of worship of the sea god Poseidon (whose bronze statue stood more than 6m tall at its centre) but – positioned high above the sea on the southeastern tip of Attica – it was an indication for sailors returning to Piraeus that they were almost home.

Less than an hour’s drive from Athens, the Temple of Poseidon continues to enthral visitors today who can combine a visit the archaeological site with time at the nearby beach. Where else can you swim in beautifully clear water and gaze up at the marble-white columns of a 5th-century BC temple?

Naturally, you’ll have been tempted by the beaches, bars and restaurants along the Athens Riviera as you make the short drive from the city centre, but Sounio beach – with its views into the Saronic Gulf – feels like it should be on island.

The highlight, of course, is feeling the aura of the temple. On a clear day, you can make out the islands of Kea, Kythnos and even Serifos to the southeast and Aegina to the west.

It was all too much for the 19th-century British poet and philhellene Lord Byron, who felt compelled to scratch his name in one of the rocks of the temple. And at the end of the day, you’ll be treated to one of the most magical sunsets of your life. 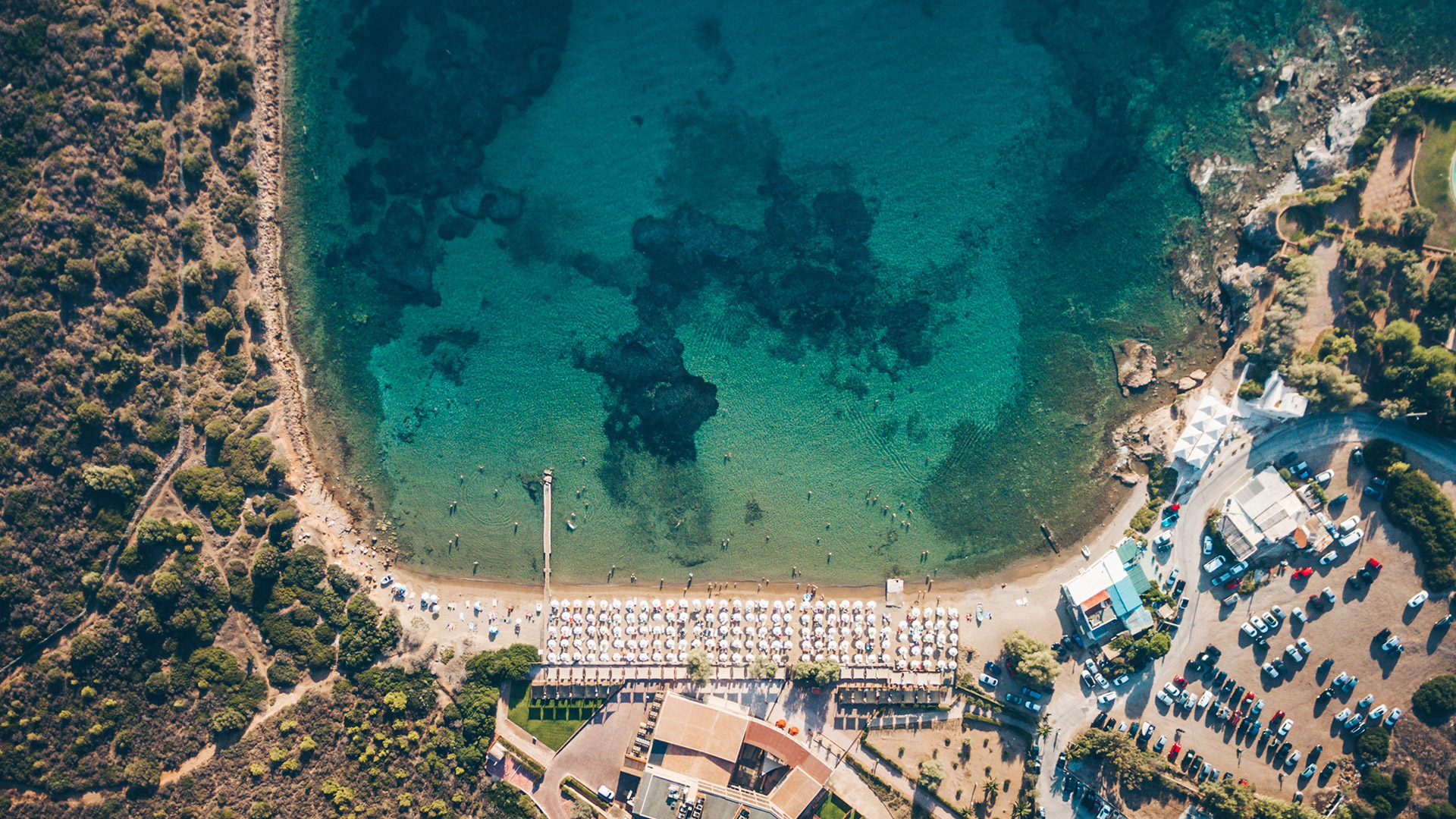 The beach at Sounion is well-organised, with facilities such as umbrellas and sunbeds, a beach bar and showers that make it perfect for families
By Alex Antoniadis 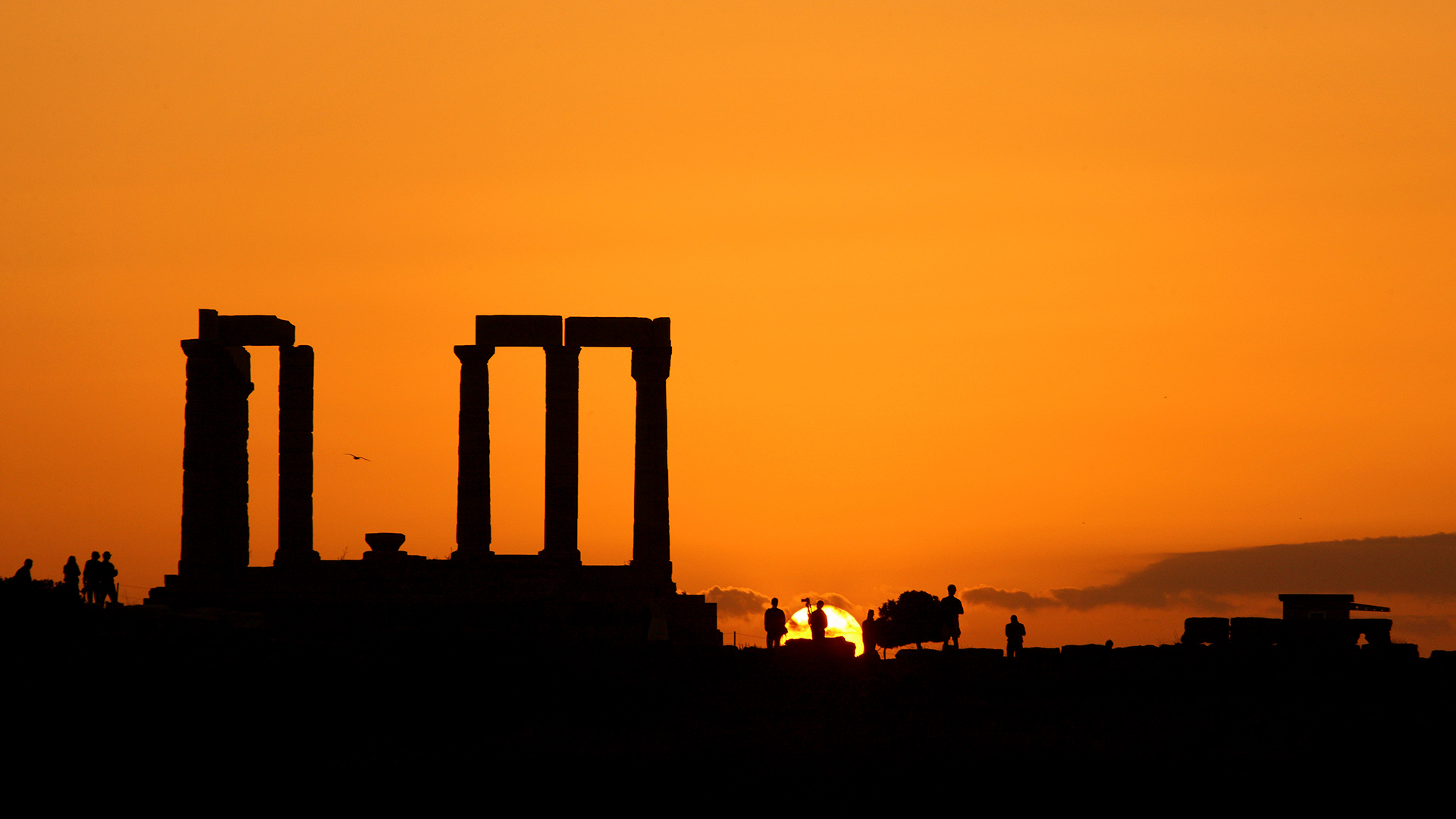 At the end of the day, you’ll be treated to one of the most magical sunsets of your life 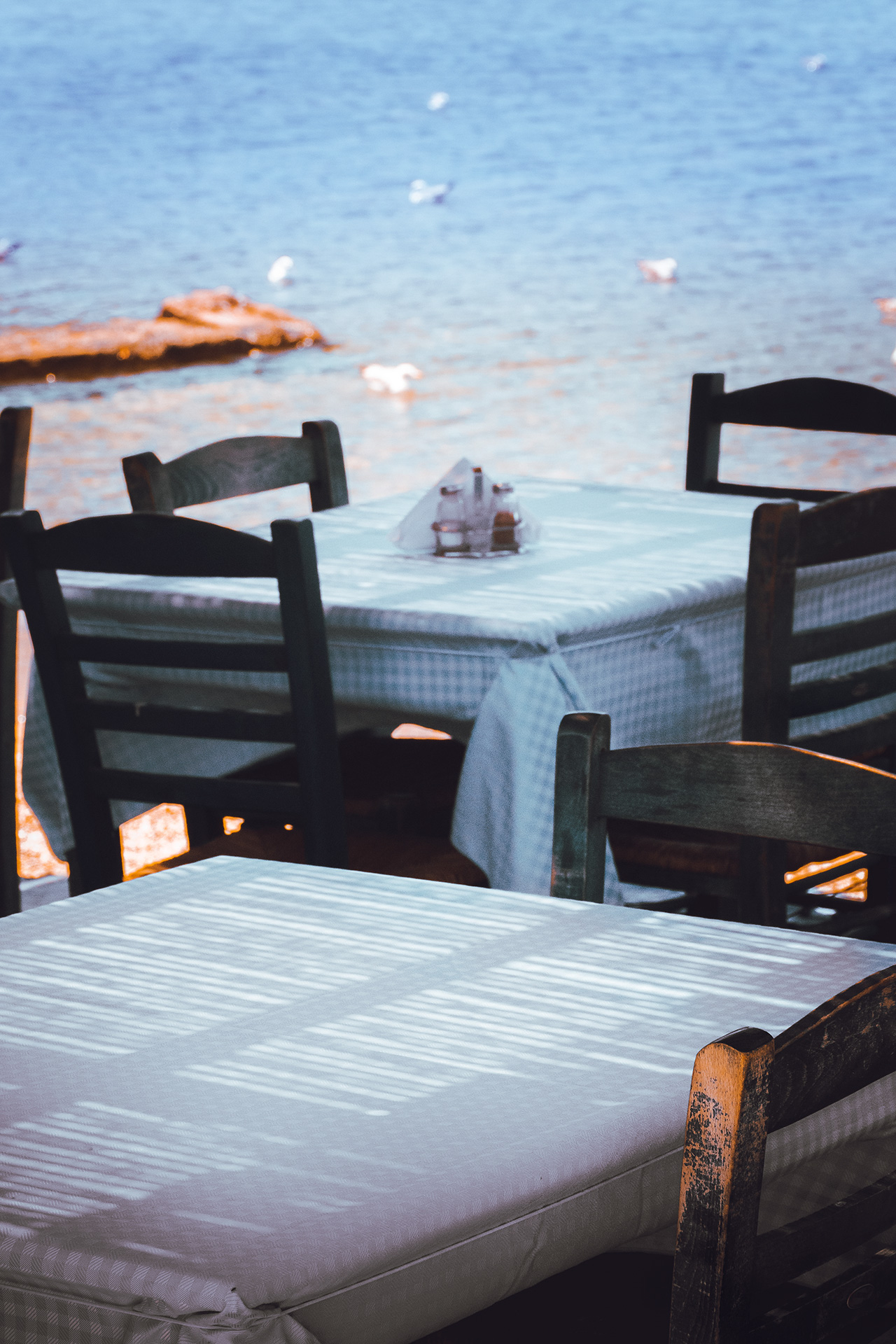 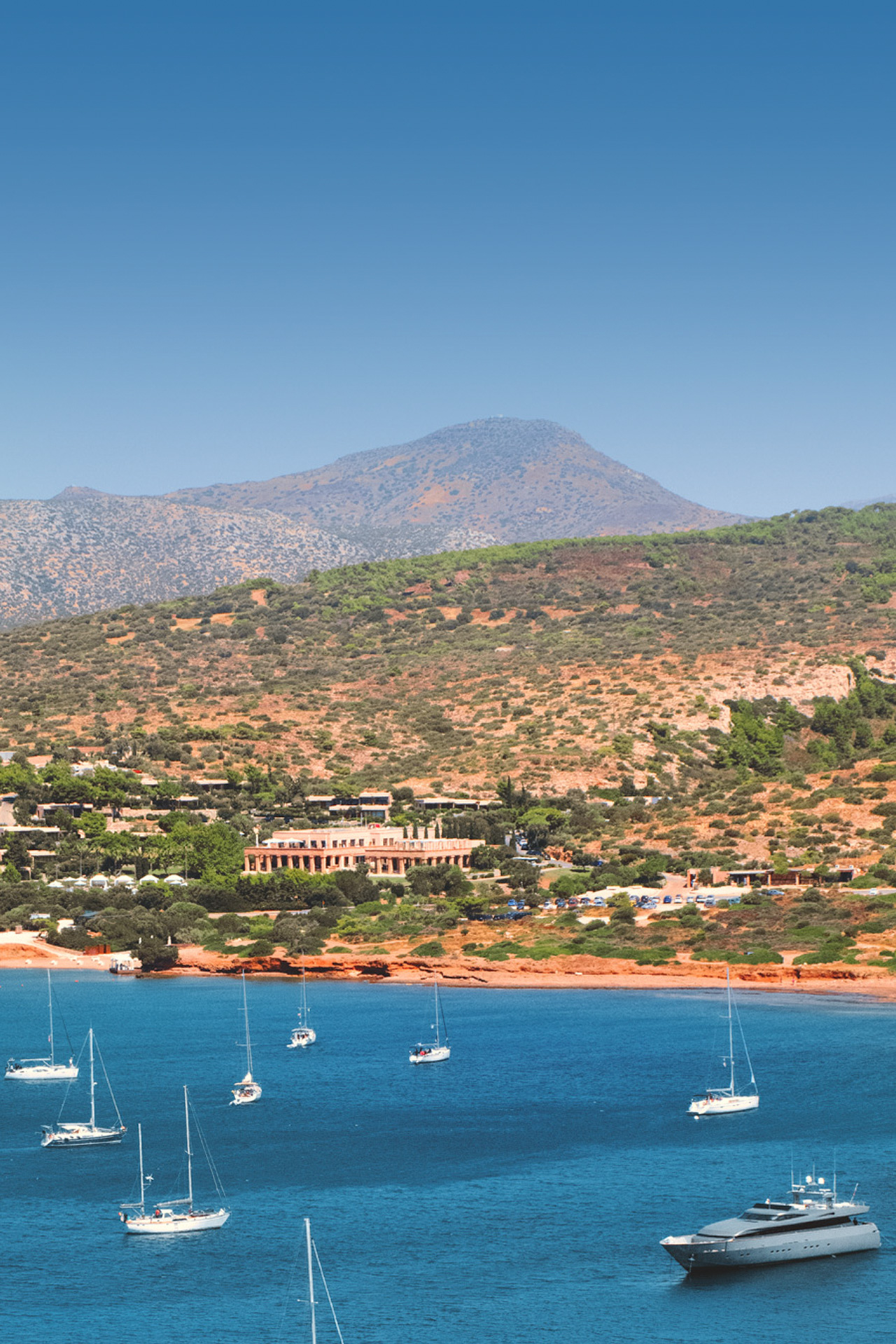 There are plenty of accommodation options, including luxury 5 hotels, in Sounion 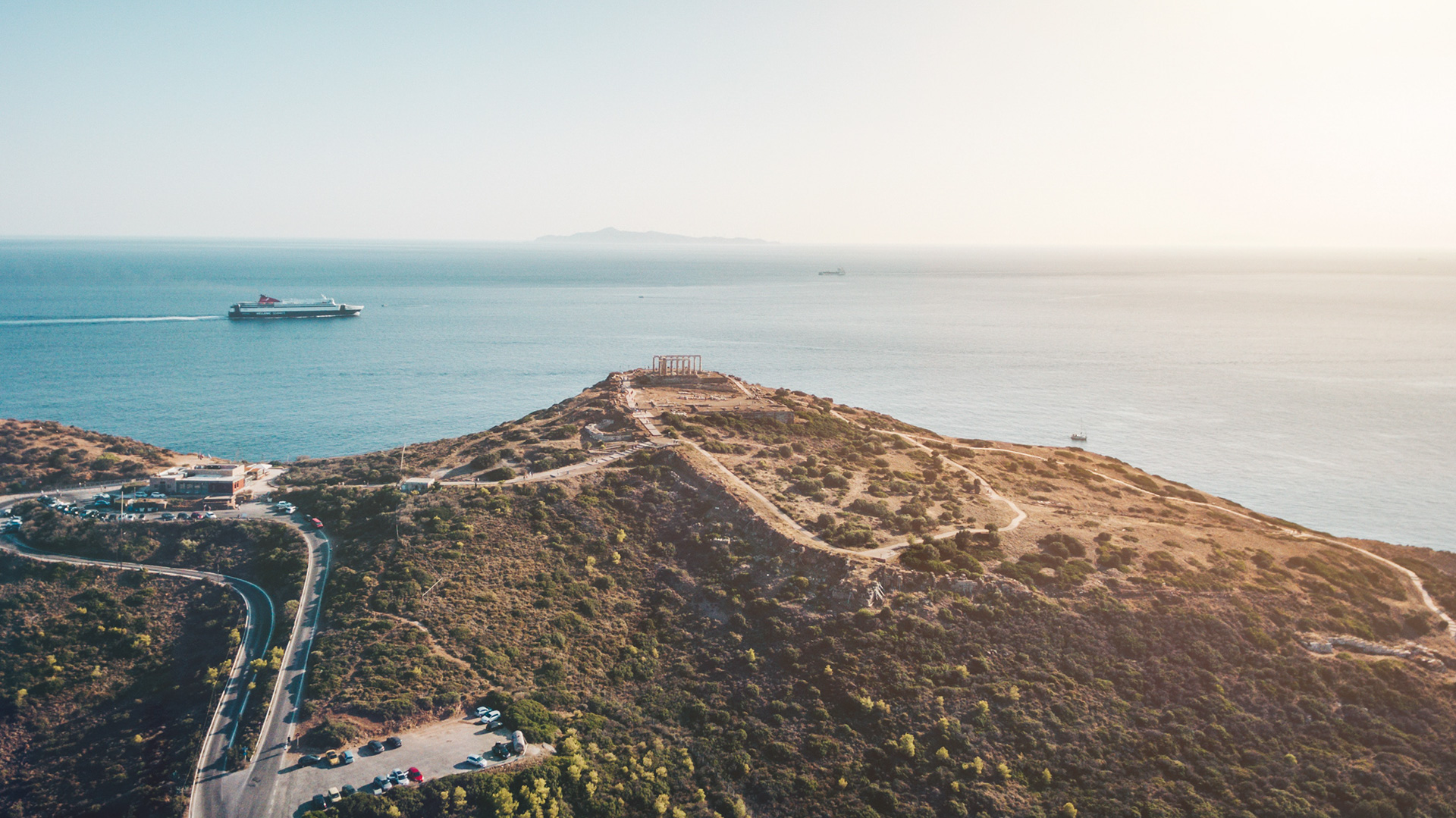 There is a parking area at the end of the road by the entrance to the temple, as well as a cafeteria
By Alex Antoniadis 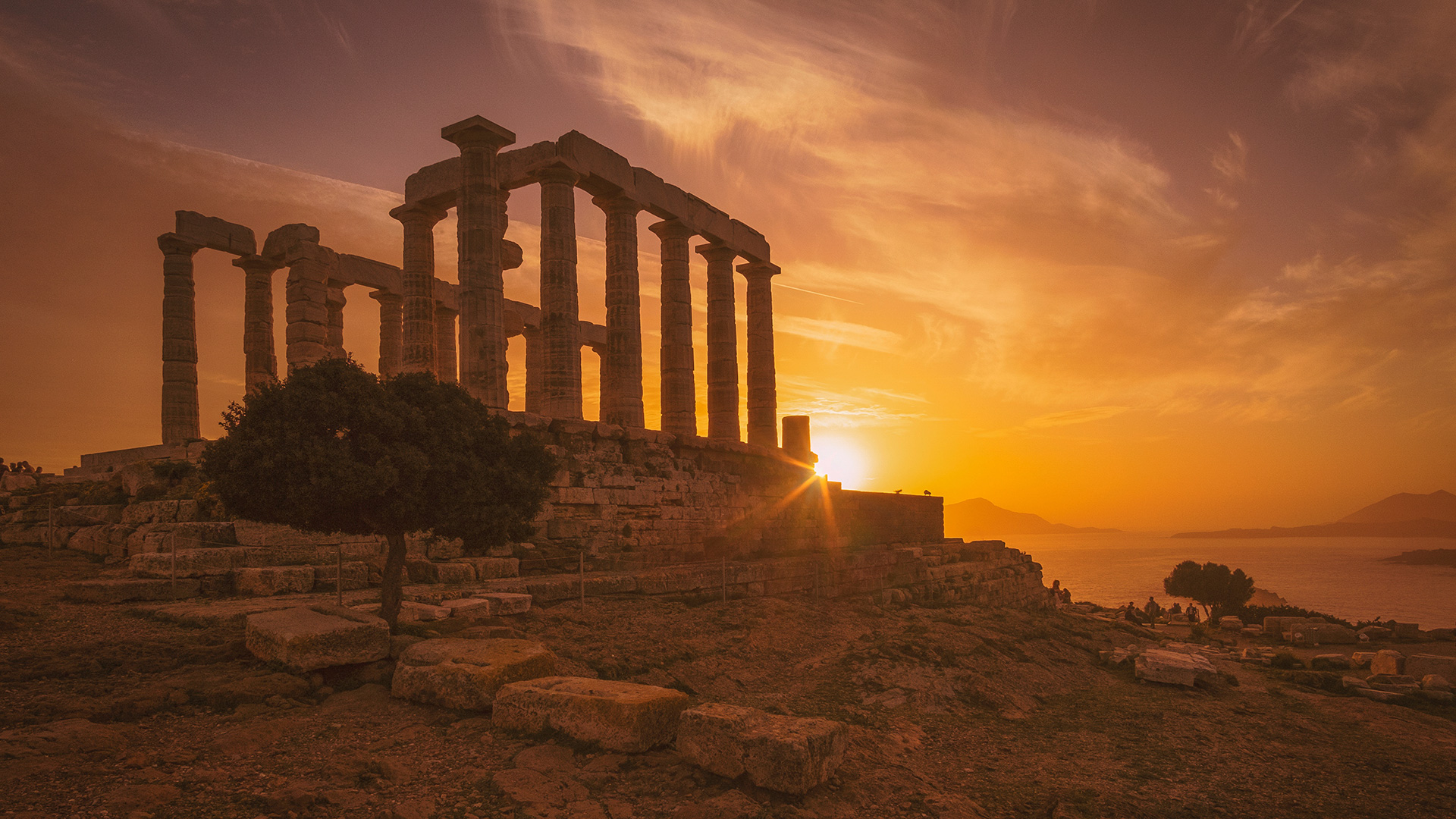 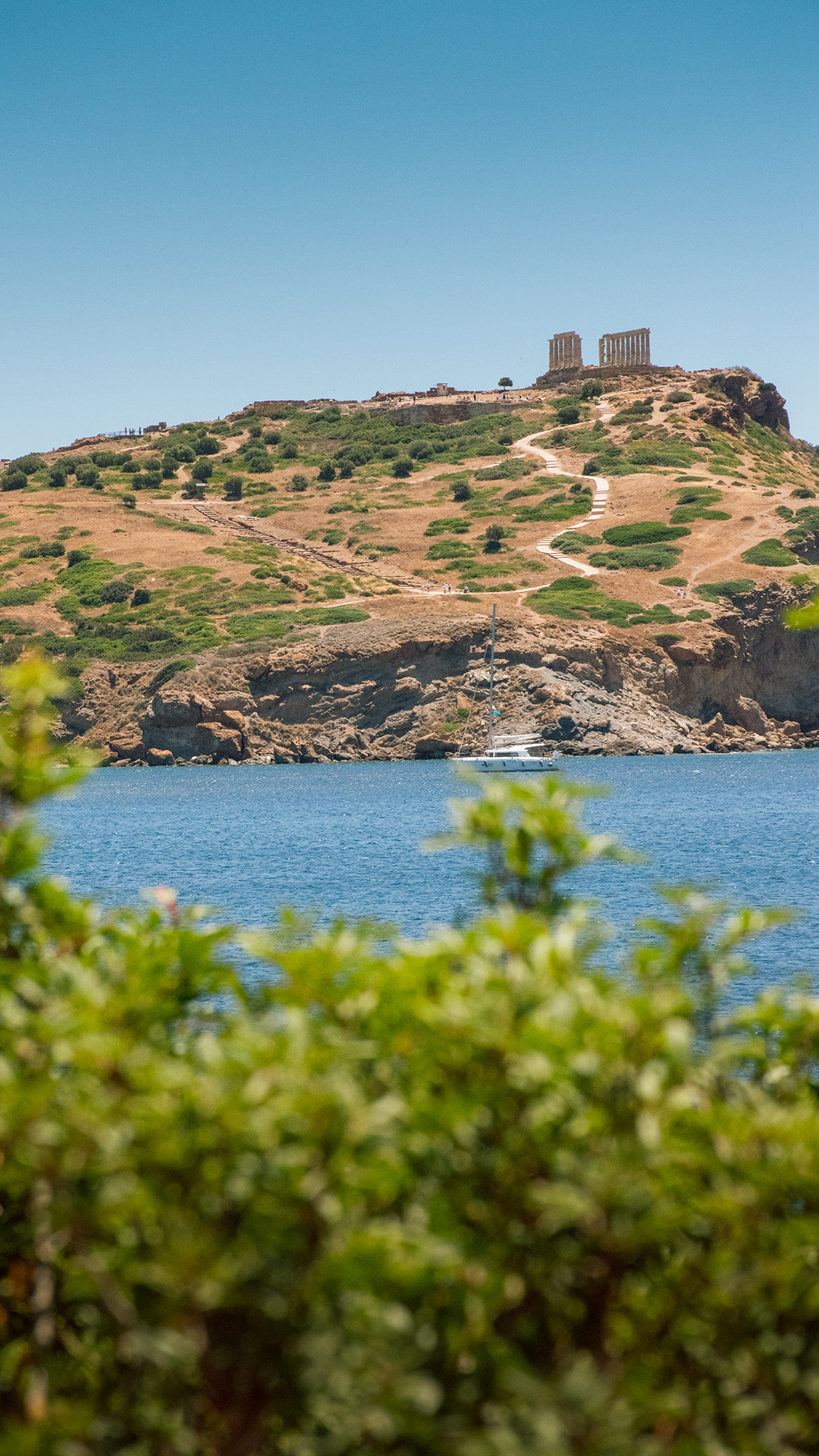 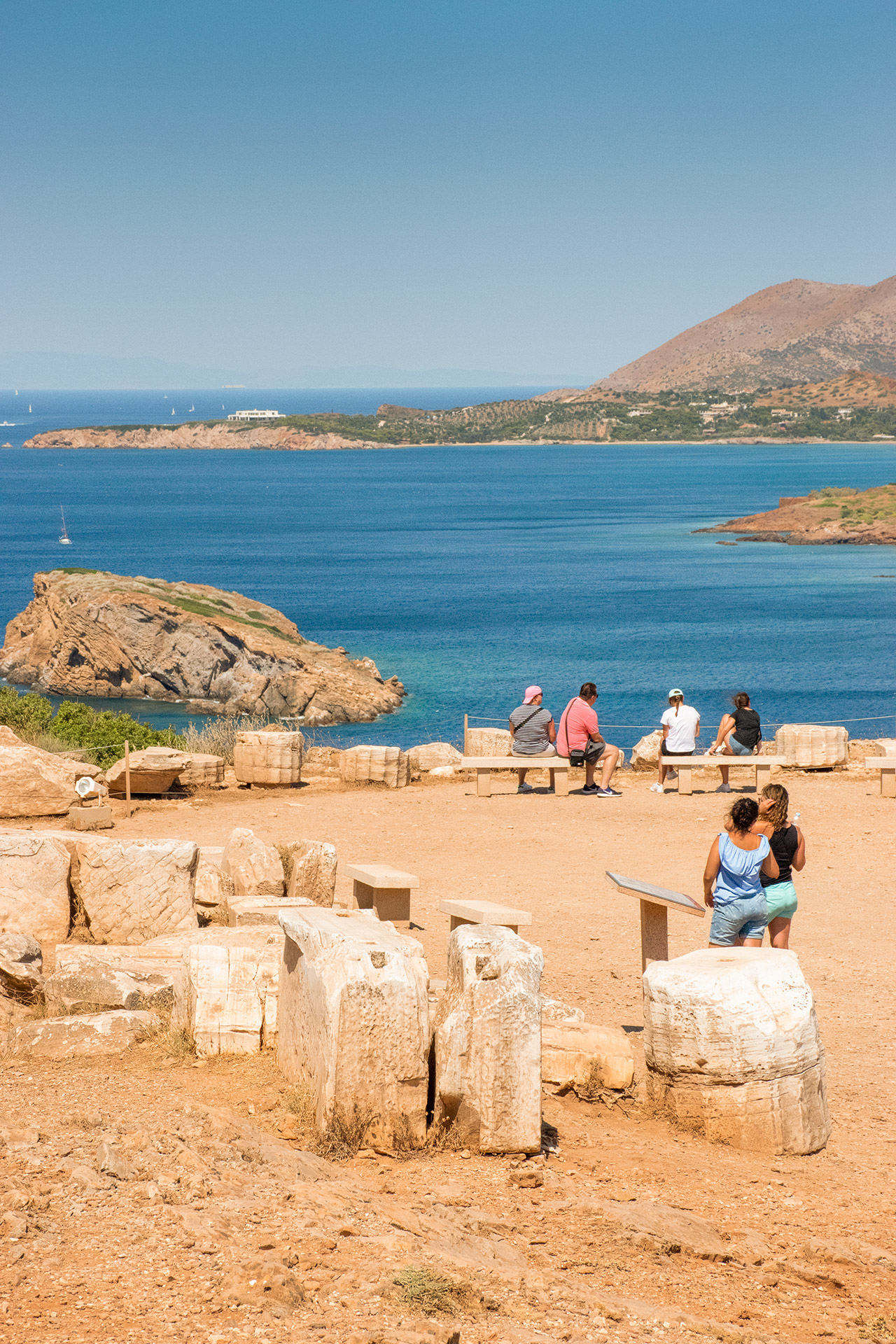 The highlight, of course, is feeling the aura of the temple of Poseidon

The Temple of Poseidon

Some temples have it all. Beauty, symmetry, a sea view and a cult following. Built between 444-440 BC, the Temple of Poseidon was part of the Sacred Triangle (including the Temple of Aphaia in Aegina and the Parthenon in Athens). It replaced an Archaic period temple destroyed a few decades earlier by the Persians during Xerxes I's invasion of Greece. After the Athenians defeated Xerxes in the Battle of Salamis, they responded by placing an entire captured enemy trireme here as a trophy dedicated to Poseidon. Similar in architecture to Athens’ Temple of Hephaestus, you can still admire many of the Doric marble columns and other features of the temple.

Welcome to the feeling of being on an island just a short drive from the city centre. The beach at Sounion is well-organised, with facilities such as umbrellas and sunbeds, a beach bar and showers that make it perfect for families. The sand, sea and Mediterranean landscape … they could all be straight out of a beach experience on any number of Greek islands. And then you look up and catch sight of the temple presiding above you, as it has done for more than 2,500 years, and there’s only one place you could be.

Mediterranean meze by the beach

How do you end a day in which you’ve visited a 5th-century temple, lazed on the beach and enjoyed a refreshing swim? Eating seafood at a fish taverna, of course, maybe even within sight of the temple – and certainly with a sea view. Roasted squid, steamed mussels, delicious shrimp and other meze that go perfectly with an ouzo, chilled beer or glass of wine. Or maybe delicious little homemade pies. Tempted? There are a few taverna choices just up or down the coast from Sounion that do the setting justice.

Group
Cape Sounion is one of the most famous archaeological sites close to Athens, so don't miss the opportunity to visit it and enjoy its breathtaking...
Group
Athens Sea Kayak is a life time experience along the Athenian Riviera! All the way to Cape Sounion and the famous Temple of Poseidon.
EXPLORE ALL

You’ll need around 4-5 hours to enjoy the experience as part of an organised tour, including the return trip to Athens. And almost a whole day if you combine it with the beach and meal. 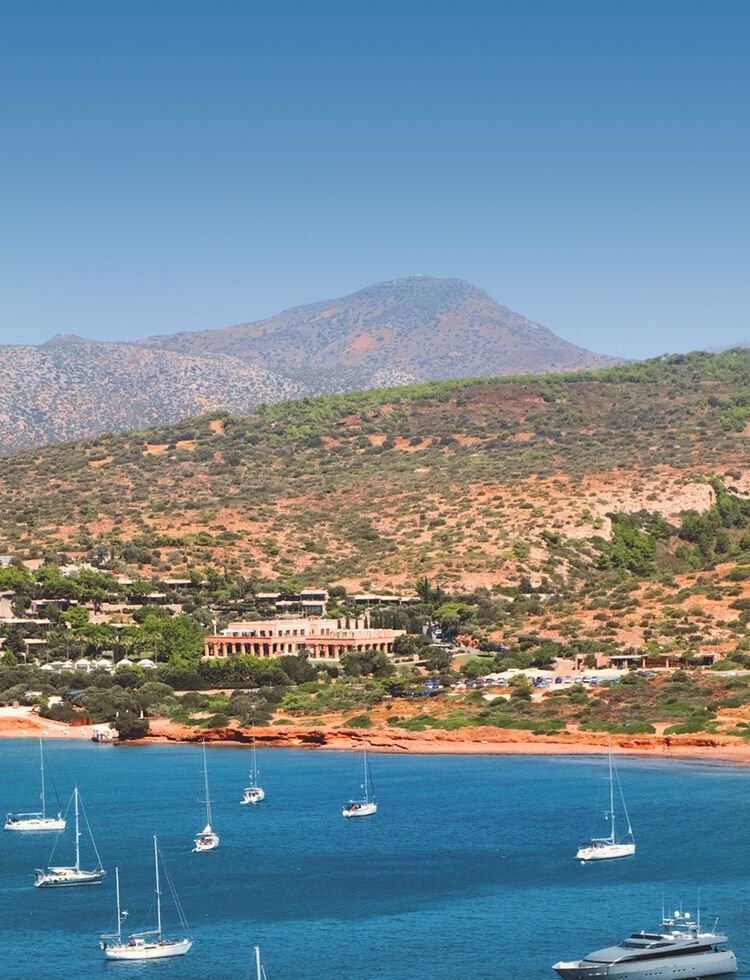 Refrain from touching any remains or monuments. The fingers’ natural oils can be extremely damaging to artefacts.
Stay on the marked paths and respect your fellow visitors.
Use the bins provided or, if need be, take your rubbish with you.
Use a refillable water bottle to try to minimise your use of plastic.
Smoking is prohibited.
No pets (other than guide dogs) are allowed in cultural sites.
Read More Read Less